Another year over and what have we learned? Nothing! Comedy is the antidote to learning, it reinforces tropes without adding new info. Wit on the other hand can trigger many emotions. Let’s roller coaster through last year!

A year ago December i took on listing, and wanting, and asking for Christmas. My favorite, reeking of childish torment and maudlin nostalgia comes from Heywood Banks: “Dearest Mr. Santa Claus.” (fyi-‘Uncle Wiggily’ is a board game) 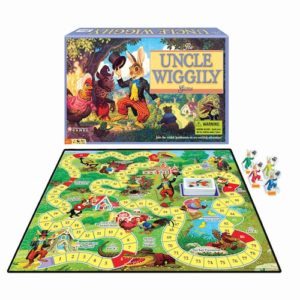 Heartstrings may be tugged!

Last January i took a hard look at American Christmassing in all its patriotic glory and cheap shot criticism. The most delighted i got was with a ‘Hamilton’ all-out parody spotlighting Rudolph: thusly, Eclipse 6’s a cappella “Hamildolph”!!! You may believe a B’way in-joke can impress you.

For February it was a love fest of mistletoe songs. So i’ll settle for softcore. Sure we live in dangerous times of harassment and abuse of power, but the over-bleached, over-augmented, under-dressed twerker still has a place on the internet. Courtney ‘Cane’ Stodden coos “Mistletoe Bikini.”

March heralds in the other JC holiday, so we explored songs holy and lowly about Our Savior and his b.day. Oddest of all was the e-card from JibJab featuring Five-Toes, the two-tongued cat, a centurion cat on guitar, and an under-aged kitten chorus of dancers singing about what appropriate gift there might for the Son of God. “Power Drill for Jesus.”

Now begins my enormous culinary odyssey. April was all about Eating for Christmas in song. Most diet-inducing is the gut-wrenching peripeteia in Paul and Storm’s vaudeville bluegrass “Grandma’s Christmas Dinner.” Ugh.

Next were the sweet things of Christmas. Man oh man: candy canes, cookies, mince pies, the menu was inexhaustible. If i had to pick one, i’d go with the amazing (hoax-y) collection from Asche & Spencer writing for advertising co. Borders Perrin Norrander for the Oregon Lottery pitch for their fruitcake scratchoffs. Let’s just feature “Merry Christmas Fruitcake!”

After sweets came Christmas drinks. Mostly cocktails, though some cocoa and eggnog snuck in there. Of all the alcohol, the most uninhibited song came from Kevin Kline singing as Mr. Fischoeder from the Bob’s Burgers cartoon, a bastion of novelty music in itself.

July extended the drinking Christmas song game to getting drunk for the holidays. A tremendous amount of talent goes in to singing about this. Hard to narrow it down. Guess it’ll settle for comedy by way of Axis of Awesome. “Drunk at Christmas” laughs at, with, to, and from this serious social issue.

Ditto for drugs. The next month was Stoned for Xmas, and after all the pot songs, inappropriately addictable pop tunes, & sneering strung-out melodrama, i’d like to take a moment to reflect with Gregory Page via “Crack & Christmas.” This isn’t much about drug-induced states, but it delves into the mindset of those who need to. Depressing folk, okay–but relevant and moving. 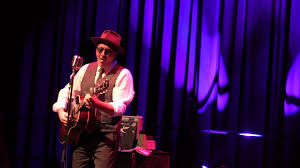 My inspiration for September was celebrity toasting, inspired by Todd McHatton’s “Christmas Song for Harry Nilsson.” I heard of this guy from a cookie song he did and i had to buy his album sight unseen. Worth it. 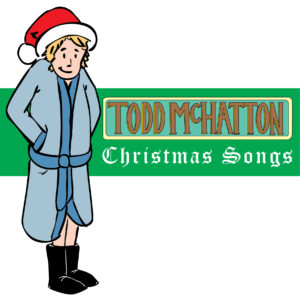 Afterwards i noodled around the Youtube hunting down parodies of famous songs. One i almost missed was from Moneyshot Cosmonauts spoofing on Dark Side of the Moon and soothing my Pink Floyd needs with “North Side of the Pole: Part 4” (Don’t miss Parts 5 & 6, too). Maybe indulge in Part 2 as well if you’ve got black lights. (Other parts harder to come by.)