This Bob Dylan reinvention for the soundtrack of the 1973 film Pat Garrett and Billy the Kid reached No. 12 on the Billboard Hot 100 singles chart… one of Dylan’s most popular post-1960s compositions… the Western Writers of America chose it as one of the Top 100 Western songs of all time.

Buzhard Dakota leans into the grace and soul of it with “Knockin’ on Santa’s Door.” More pretty than funny.

Lou Reed’s journey of seediness peaked at #16 on the Billboard Hot 100 singles charts… in the United States, RCA released the single using an edited version of the song without the reference to oral sex… in the UK, the reference slipped past the censors, who were apparently unfamiliar with the term ‘giving head’… the term ‘colored girls’ was also an issue in the US and RCA provided radio stations with a version in which it was edited out.

The Blenders get pretty damn funny with their “Sleigh Ride.” And a cappella, too. Damn.

Billy Paul’s only #1 single on the Billboard Hot 100… for three weeks… also achieved this feat on Billboard’s R&B Singles chart… for four weeks.

Kevin and Bean featured someone by the band handle MMM with a raunchy “Me and Mrs. Claus” back in 1997. 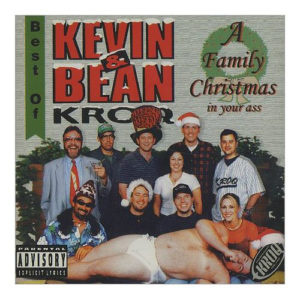 Bob Rivers handles his ’02 samey with masterful soul. “Me and Mrs. Claus” underplays the wacky and turns up the wit. Nice.

John Lennon’s introspective wandering was released on the Imagine album in 1971… not released as a single until November 1985, five years after Lennon’s murder, and (four-and-a-half years after Roxy Music’s cover hit number one)… the single reached number 65 in the UK charts… in the United States, the single reached number 80 on the Billboard Hot 100… also peaked at number 22 on the Hot Adult Contemporary chart.

Let’s give Duncan G and Brian the benefit of doubt here taking an odd hit and making it high concept about a regular guy apologizing to St. Nick for his bad roof conditions in their “Careless Guy.”

Black Sabbath’s single peaked at number 52 on The Billboard Hot 100… VH1 ranked the song as the greatest heavy metal song of all time…  Rolling Stone awarded it spot number 317 on the list of the 500 Greatest Songs of All Time.

Bob Rivers makes this the star of his parodies with Ozzy vocals and elegant reverb. Ladies and gentlemen, “I am Santa Claus.”

Jethro Tull’s hit was never a single, though its eponymous album was their first American Top 10 album… reached number seven.

Make room for Bob Rivers with a down and dirty expose of store Santa work conditions–“Aquaclaus.”

The number written by Hal David and Burt Bacharach for Butch Cassidy and the Sundance Kid won an Academy Award for Best Original Song… was recorded by B. J. Thomas in seven takes… the single reached number 1 on charts in the United States, Canada, Norway and reached number 38 in the UK Singles Chart… topped the Billboard Hot 100 for four weeks… spent seven weeks atop the Billboard adult contemporary chart… Billboard ranked it as the No. 4 song of the year… according to Billboard magazine, itsold over 2 million copies by March 14, 1970, with eight-track and cassette versions also climbing the charts.

The Happiest Guys in the World tackle this frivolously with “Snowflakes!” Not too faithful to the source.

Moke Hilding gives “Snowflakes Keep Falling on My Head” a turn. It never gets too deep.

The opening track on the Rolling Stones’ 1968 album Beggars Banquet charted only up to #10 on the US Billboard rock listing… #2 in Finland… Rolling Stone magazine placed it at number 32 in its list of the “500 Greatest Songs of All Time”.

Rolling Stones gather little mock, but juggernauts must be teased at times.

Balderdash and Humbug sub Santa for Satan with “Sympathy for Santa.” Writes itself, dunnit?

This avatar of punk-metal originally appeared on the Beatles’ so-called White Album… a product of McCartney’s attempt to create a sound as loud and dirty as possible… Rolling Stone magazine ranked it 52nd on its list of the 100 Greatest Beatles songs. (So much for inspiration.)

But i dig THIS more: cutbacknj has the same “Helter Skelter (Christmas Parody)” with bells and whistles. Psychedelic.