Perhaps the less said about the J.K. Rowling series the better. It’s unoriginal, plodding, and mean-spirited. But it is the best selling literary series in the history of forever, and she is the only author made billionaire strictly from her creation.

The cottage industry of pop songs dedicated to the fan base is also a bit dull-witted.

The obvious is “Voldemort  is Coming to Town.” Bella Luna Wrock has an adorable version of this. Several others recorded their own to a set of venal lyrics that went viral several years ago.

Draco and the Malfoys have a talky bit of comedy song in: “A Very Voldemort Christmas.” The young Tom Riddle here has a stand off with Santa… sorry, fell asleep there a bit. They make up for that one a bit with “All I Want for Christmas” in which Draco himself dictates a holiday wish list to Lord He-who-shall-not-be-named naming names and spells. 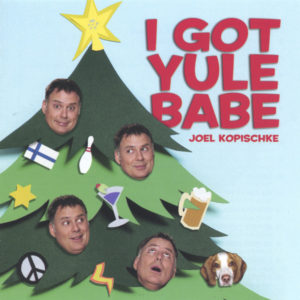