Toast Noel! But with what beverage? I’ve been fermenting over this a while, and let’s whine about the adult grape drink not address’d ’til now.

Ziggy Rankin may be metaphorical here, singing about a girl, but riddim is riddim. In “Caroline (Sweetest Wine)” the music moves the way winos believe they do when fortified with sippage.

Canada’s own The Yule Be Sorrys contextualize the consumption with their own update on ‘Holly and Ivy’ with “The Sherry and the Claret” about holiday hollering. Medieval frivolousness. 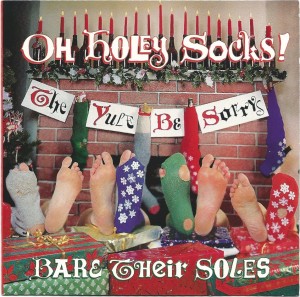 Let’s mellow way on down the eve with Jason Gleason mush-mouthing “Sleigh Bells and Wine,” where the sleigh awaits, the fire amasses, and the word snow has five syllables. Daddy, oh.