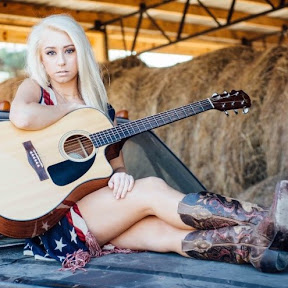 FIFTY DAYS OF ‘MERICA-MAS
Everyone knows Florida’s weird: hanging chads, clueless retirees, dumbubbas, impeding tourists, invading Caribeaners… what’s funny is the state’s obtuse lack of sense of humor about itself.
I’m saying: their parodies are plentiful and terrible–
“Sandal the Sea Creature” by La Guardia Cross is an unfortunate kiddies’ Reggae take on ‘Frosty’ with a brief mention of Miami Beach;
Karen Scott has parodized ‘Have Yourself a Merry Little Christmas’ with “Have Yourself a Southwest Florida Christmas” which is just as sadly banal as you may have already figured (1980’s obvio-humor withstanding);
Kulture Shock is a white gangsta rap club who wants you to get real with “Christmas in Miami“–it’s urban rhyming that’s both cute and oddly melodic;
Cynthia McGregor’s got a precious album celebrating her panhandle periodicity with “Florida Florida” (to the tune of Jingle Bells) and also (editorial sigh) “12 Days of Florida Christmas”–both heaving humor up to the level of The Match Game from the ’70s (face it, a dozen ’12 Days o’ FL Xmas’ are gumming up the ol’ ‘tube–steer clear);
more ‘Jingle Bells’ attempts at humor might be “Florida Christmas Song” by ‘a surgical tech’;
and David Siriano fooling with ‘Let it Snow’ via his own “Florida Christmas Song“–wow, they let anybody on this internet;
Bubba and Cooter sing about going to Gatorland in “Florida Christmas” AGAIN to the tune of ‘Let it Snow’ but the satire backfires and makes this a cogent statement on the decline of civilization;
we include on the younger side dear li’l Elizabeth C (handle “StellaCat”) rocking out “Christmas in Florida” but you might want to her to hold a bar of soap in her mouth after she reveals “it’s hot as he–ell!” (and turn up the speakers, this amateur recording is hard to hear);
The Gery Girls sing about the ordeal of visiting family down South in “Going to Florida (This Christmas)” which is super darling if you’re eighty.
The home grown stuff goes on and on. Mostly it’s missable, though–alt-folk alert!–3 Headed Stepchild’s “Christmas in Florida” wails country-style with a wicked chillin’ violin. Kudos.
Professionally speaking, Dan Schafer tries on some Carribean caroling with “Santa’s in Florida” which is all mellow and low key–even the “hot hot hot”s are whispered cliches;

Marc-Alan Barnette and Elizabeth C. Axford sing “Christmas in Florida” from an album entitled Music for TV and film, as if that portends listenable music (it doesn’t);
and even more seious musically is James ‘Sunny Jim’ White singing “Christmas Day in Florida” but he don’t have what the kids call talent;
“Florida Christmas” by The Colaborateurs smacks of much more talent, but smells of wanna-be pop;
Chelsea Rene is unabashedly pop in “Christmas in Florida” so tune in 12-25 demographics!
At this time, i would like to share “White Christmas In the Florida Keys” by Livingston & Mile Marker 24. Mile Marker 24 is an all originals bar band, recording their own CDs and selling them out of their truck. Frankly, i contracted Keys Fever listening to this anti-seasonal Buffeting of The Bairn’s Birth. Everybody limbo under the mistletoe!
FIFTY DAYS OF ‘MERICA-MAS
No ATL holiday raps… no Georgia Christmas on My Mind…
The carol canon is awash with a wealth of Christmas in the South selections, but I’m not finding much for the Cracker State. [Errgahyun, i guess there’s that Lallie Bridges’s smelly stepped on fruitcake of a song: “Georgia at Christmas.” Even if she hadn’t xeroxed that song on to the locations of Carolina, Tennessee, Nashville, and Branson, i can’t abide it’s synthesized elevator mushiness.]

Now i did notice an odd tendency of funsters to parodize ‘The Devil Went Down to Georgia.’ These parodeuses mention GA okay, so they need honorable mentions here. “Santa Went Down to Georgia” is one of those i-can’t-blieve-my-church-is-so-cool performances from North Point Community Church Alpharetta, Georgia. It may not be Godly, but it’s inspired and it rocks. (A Very Similar bit by Bob Phelan does not mention Georgia and is called “Santa Went down the Chimney.”) Jonathan and Corben goof on “Frosty the Snowman” with the actual lyrics of the Charlie Daniels fiddle-exercise. It’s a couppla millennials amusing each other hoping to do so with you. It takes its time, and does all right.
Now, without further frustration, welcome Diane Durrett, a smoky-voiced, blue-eyed soulstress. For the last 25 years or so she’s been opening for Tina Turner, Little Feat… playing alongside Sting, The Indigo Girls. Talented, got it? The hollerin’ here is mature and earthy, real country (or a tribute to Bonnie Tyler). The lyrics are fine… I’d hoped for some revelational tell-alling about Jimmy Carter, MLK, Coca-Cola and Stone Mountain. It’s just peaches. Do check out Durrett’s Xmas album, tho.
FIFTY DAYS OF ‘MERICA-MAS
Okay, I found “A Charleston Christmas” by Richard Hippey, but the insistent tambourine backbeat, overpercussive zydeco (including–why?–tubular bells), and generic cookie-cutter lyrics (No Local Flavor: this could be Xmas Anywhere) keeps me from recommending it. (That falsetto last note–excuse me, I need aspirin.)

Still no great South Carolina Christmas music (not even from Stephen Colbert), at least none that sings out the phrase ‘South Carolina!’

So, back to “Christmas in Carolina”: Just DON’T bother with Lallie Bridges who uses the same bosa nova backbeaten song for “Carolina at Christmas” as she does for Georgia, Tennessee, and other locales. I can’t abide this peppermint parrotry, sorry… Not when Lorraine Jordan and Carolina Road are pickin’ and grinnin’ like they do for their “Christmas in Carolina.” These grandparent-types look like show-biz newbies, playing coffee houses and bluegrass get-togethers. But their downhome breakdowns make me feel the family joy and warm home & hearths i like associating with the holiday. Cheers!
Next Posts